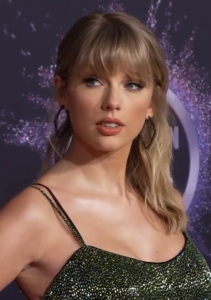 LIFE WITH SUCCESS AND CONTROVERSARY

Taylor Swift is an American singer-songwriter and actress. She is known for her narrative pop and country-influenced music, which often centers on themes of heartbreak, love, and relationships. Swift has released nine studio albums and has won numerous awards, including 10 Grammy Awards. She is one of the best-selling music artists of all time, and her success has made her one of the most influential figures in contemporary popular music. In addition to her music career, Swift has also acted in films and television shows and has been involved in various philanthropic efforts.